Many of my peers are in one phase or another of participating in, or driving, agile or lean transformations of their or a client organization. Agile has long ago transcended above the status of “fringe” thinking. It once was considered sort of “cultish” like open source software for its touchy-feely, zen-like, West Coast, and un-BAU values and principles. Turns out agile and lean are now as mainstream as open source software – if you’re not doing it, what’s wrong with you?

In the wake of the herd rushing into agile over the past few years, some unscrupulous consultants have gorged themselves on the unwashed, major businesses have been created to support “agile transformation,” or “scaling agile,” and frankly, the shine and the hype has worn off. Why?

Besides being past the hype-curve, folks are finding out that such aspirations are damn hard to reach. This is especially true for our larger enterprise environments. Let’s face it, there’s no magical path to becoming agile. It’s a change that requires individuals learning and unlearning core values and concepts. Did you see the word “change” in there?

Change at the proportion required for large enterprises is difficult no matter what the change ambition might be. It is certainly true for pursuing an agile one where core values must also change. So what’s a frustrated enterprise leader to do? Let me introduce you to Coach Norma …

On my board of directors for the Cross Keys Foundation sits an amazing group. Among them no one is more amazing than Coach Norma. Norma Paton Gibson is retired as a lifelong athlete, educator and coach. She was an elite youth athlete in her home province of Quebec and she has coached individual and team champions in basketball, cross country and other sports. She’s married to another lifelong coach. I had the privilege to meet her when she was the Physical Education (PE) Dept Chair at Cross Keys High School, a much maligned Title I public school in my community.

Coach Norma was also the cross country coach during her tenure at Cross Keys. In that tenure, she grew the program from ten runners to over 60 and her teams brought home medals from State, including two back-to-back State Champion individual runners. Norma is a lifelong runner who loves to coach runners. I’d see her following runners around Brookhaven in her car when her health prevented her from running. She invested her heart and soul in the teams she coached.

For her PE classes, she focused a bit more on running than most PE teachers. Her view was that running was accessible to almost anyone in almost any circumstances and could be a lifelong activity for fitness. Being at a Title I school, this was good sense. But Coach Norma wasn’t just there to get the average kids to run. No, Norma wanted their best.

Her success in getting kids to run and run better was simple: all you had to do to get an “A” in her PE class was to shave at least one second off your mile run each week. That’s it.

Virtually everyone found they could improve by one second. So they did. As a result of her making improvement accessible in one second increments, most of her students got engaged and many got hooked for life.

I won’t oversimplify your challenges. But I will challenge you to make improvement accessible to your people and your teams the way Coach Norma did for her career. One second a week. That’s all I want from you to get an “A” – the one second kaizen like Coach.

Coach Norma and a few members of the Cross Keys Foundation Board of Directors. 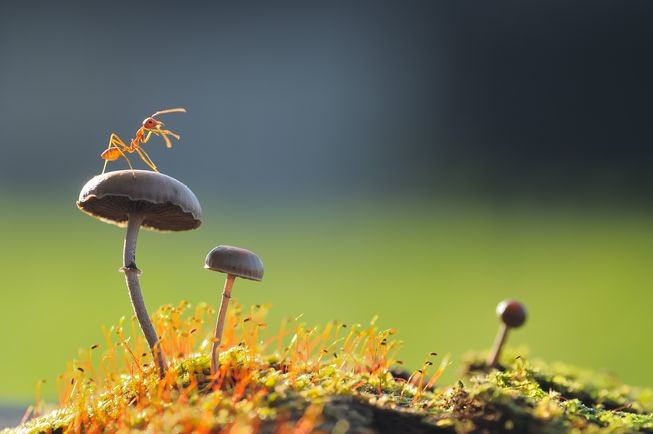 Be the Ant: Part I – Idle Time and Myths of Utilization